Please be aware that some users are experiencing an issue with MS Outlook. We have traced the problem to a back-up device as opposed to the actual mail system. The MS Outlook program, however, is not connecting to the server. We recommend using the MS Outlook alternative at mail.clpccd.org. 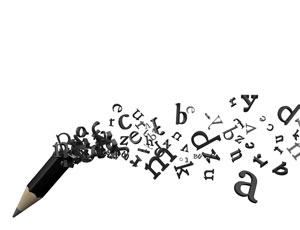 Do your palms get sweaty and your stomach jumpy when you are assigned to read a poem for class? Do you dread looking at poetry because it’s so hard to figure out what the author is trying to say? You’re not alone!

You may have had well-meaning friends tell you to relax, that “poems mean whatever you think they mean. ” Unfortunately, it’s not QUITE that easy, but here are some ways to tackle a difficult poem and break it down so that you can get something out of it.

First of all, a poem contains many elements, and it can be read for other purposes than simply deciphering the meaning – just like we listen to music for many other reasons than dancing!   If the poem’s meaning is confusing, first try to notice and appreciate these other elements:

Poems, like dreams, rely on images to convey ideas: rather than telling us things, they sometimes just show us things.

For example, look at the following section of the poem "The Fish" by Elizabeth Bishop. The speaker is describing a fish that she caught.

He hung a grunting weight,
battered and venerable
and homely. Here and there
his brown skin hung in strips
like ancient wallpaper,
and its pattern of darker brown
was like wallpaper:
shapes like full-blown roses
stained and lost through age.
He was speckled with barnacles,
fine rosettes of lime,
and infested
with tiny white sea-lice,
and underneath two or three
rags of green weed hung down.

Reading this section of the poem, you might notice how the fish is described as as well as the feelings you get from these descriptions.

Exploring images in this way helps give readers ideas about the meaning or effect of the poem. From examining the image above, we can tell that the fish has been through a lot and is very strong and tough. We can also see that there is a kind of beauty or honor in the fish's ugliness.

Now turn to a poem that you are reading for class or for fun. Read the poem out loud a few times, and underline the lines, phrases, or words that create a picture in your head. Ask yourself the following: What do I see when you read these words? What feeling do I get from the image?  Jot some of these pictures and feelings down in the margins, connecting your notes to the words in the poem. You could also make a chart of images and feelings like the one above.

If the poem’s meaning can be thought of as “the mind of the poem,” or the idea behind it, it’s still really made up of words, which themselves are made up of sounds.  The sounds of the words could be thought of as “the body of the poem.” Of course, one of the first things you might notice is whether the poem rhymes or not.  If it doesn’t rhyme,  you may wonder what kinds of things are happening with the sounds of the words.

The following lines are the opening of the poem, "Daddy" by Sylvia Plath. This poem does have rhymes in it, as well as other interesting-sounding words.

You do not do, you do not do
Any more, black shoe
In which I have lived like a foot
For thirty years, poor and white,
Barely daring to breathe or Achoo.

Daddy, I have had to kill you.
You died before I had time--
Marble-heavy, a bag full of God,
Ghastly statue with one gray toe
Big as a Frisco seal

And a head in the freakish Atlantic
Where it pours bean green over blue
In the waters off beautiful Nauset.
I used to pray to recover you.
Ach, du.

Reading this poem aloud, you might notice that it has many noticeable sounds in it. How do these sounds affect you as a reader?

Looking at these sounds and their effects, we might imagine that the poet is writing from the perspective of a child since the words are simple and sound like a nursery rhyme. We might also imagine that this child is angry at her father, since the poem is called "Daddy" and the sounds in it are very harsh and cold.

Now turn to the poem that you are analyzing.  Make some notes about what you’re noticing in the poem, sound-wise, and make some guesses about how the sounds might relate to the overall subject or mood of the poem. You could write these in the margin of the poem or make a chart like the one above.  The following questions will guide you through identifying sound in your poem in hopes to better understand it.

Identify sound patterns: Read the poem out loud again, paying attention to what the words sound like, not what they mean.  What do you notice about the poem’s sounds? Jot down any patterns you notice.

Now, go ahead and identify whether or not the poem rhymes.

If it rhymes, try asking yourself the following questions:
hat kind of pattern is the author using? Are there places where the pattern is broken  or the author plays around with it? What effect does this have on you?

If it does not rhyme, try asking yourself the following qustions:
What kinds of things are happening with the sounds of the words? Are some lines more fun to read, or smoother-sounding, than others? Are there any places where the author might be using rough-sounding words on purpose? (For example, some words are softer to say, like “lullaby,” and some are harder, like “backpack.”)

Poems look different on the page than prose – instead of paragraphs, poems are often divided into chunks called stanzas. In addition to stanzas, poems often end their lines differently than prose, which just runs to the margin of the page.

The following is an entire poem by Langston Hughes. While the poem is very short, it does have multiple stanzas and line breaks that contribute to its meaning.

What happens to a dream deferred?

Or does it explode?

This poem has some very short stanzas along with one longer one. What effects does this structure have on the reader?

Looking at this chart, we can see that the poem spends most of its space, its longest stanza, listing the many bad things that could happen to a dream deferred (meaning a dream that someone never gets to fulfill). However, the poem puts the most emphasis on the last two bad things, because they each have their own stanza. The dream might "sag like a heavy load"--this might mean become a heavy burden on the dreamer's soul. Or the dream might "explode"--this might mean turn into violent action, like committing a crime.

Turn to the poem that you are analyzing.  As you use the following questions to help you break down the poem, write notes about structure in the margin of the poem or make a chart like the one above.

Look at how the stanzas and lines are divided.  Do the stanzas divide in any unusual places? How about the lines? What effect do these divisions have?

Let's take a deeper look into the stanza arrangment.  Read the poem again, paying particular attention to the way the stanzas are organized. Why do you think the author divided the stanzas this way? Is each stanza somehow distinct from the others, in terms of topic or mood?

After examining your poem from these different angles the best you can and writing down whatever you’ve noticed, you can go back and ask again: does all this information help me understand more about what the poem means?

Even if the answer is no, or "I’m not sure," your notes have given you a little bit of progress towards connecting with the poem – and a few observations to contribute to class discussion! Happy reading! 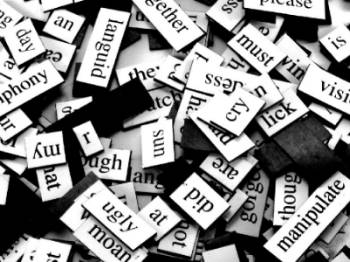 This page was created by Toby Bielawski and Karin Spirn.