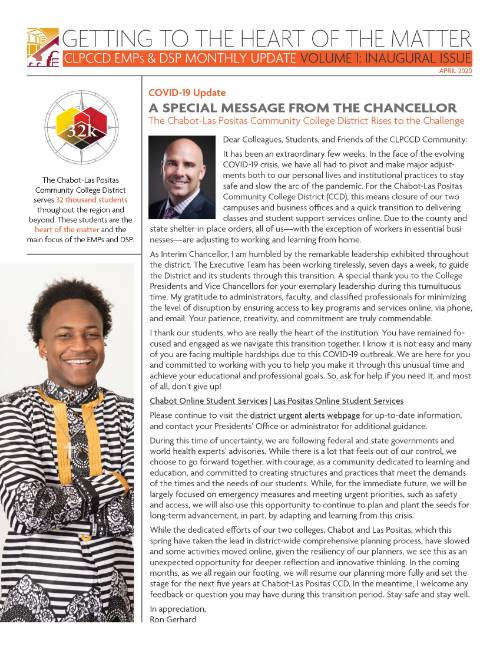 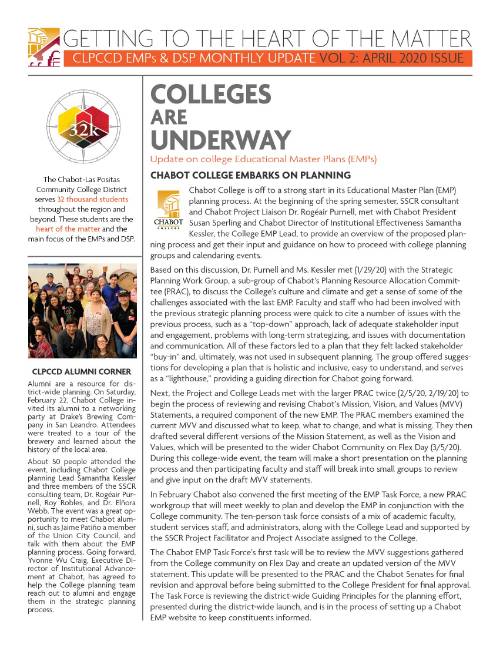 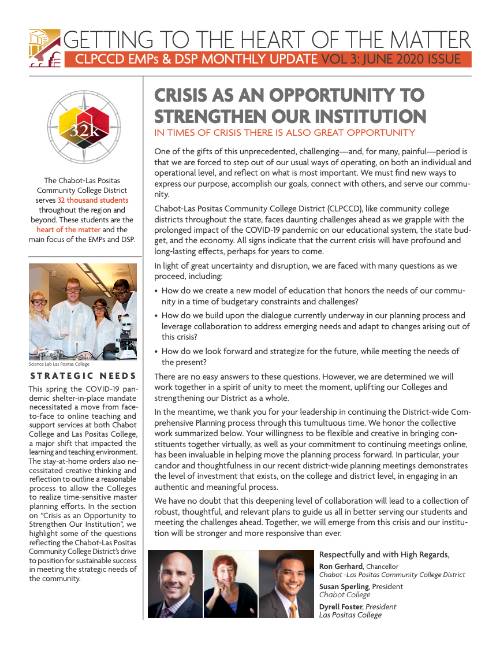 Las Positas College is out the gate, with momentum, having strategically laid the groundwork for its Educational Master Plan (EMP). In December of 2019, the Las Positas College EMP Task Force formed and began meeting on a weekly basis in January to determine how the College would review, evaluate, and build upon its existing EMP. Altogether, there are eight Task Force members, including representatives from the College’s Academic and Classified Senates and Student Government. Many of these individuals were actively involved in the last strategic planning effort and know LPC’s priorities and data well. The EMP Task Force’s goal is to have all of the major elements of the EMP collected by the end of the spring semester and a draft EMP produced over the summer.

The Task Force decided that the best way to move forward was by honoring the existing EMP and building upon it. Given this decision, the team’s early efforts are focusing on the fielding of a survey instrument, which was piloted at the College’s Institutional Planning and Effectiveness Committee (IPEC) meeting in February; the instrument will review the current EMP goals and strategies with an eye toward what did or did not work, where improvements can be made, and how strategies are linked to the Guided Pathways framework. 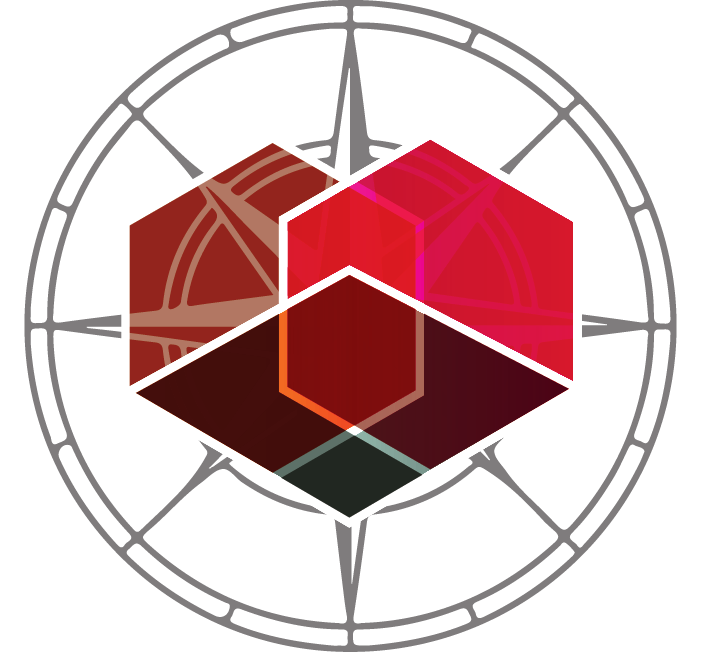 Las Positas Community College serves 12.5 thousand students throughout the region and beyond. These students are the heart of the matter and the main focus of the EMPs. 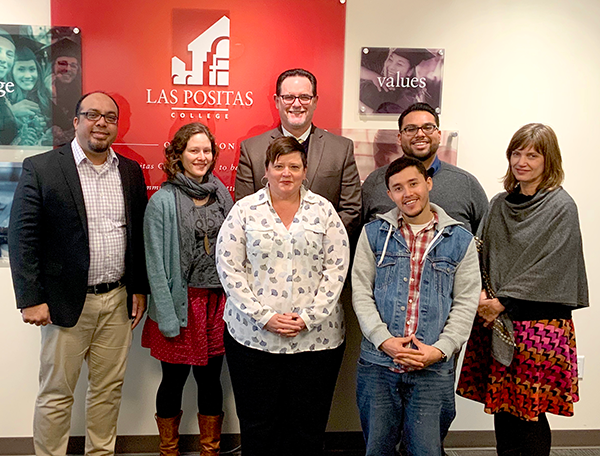