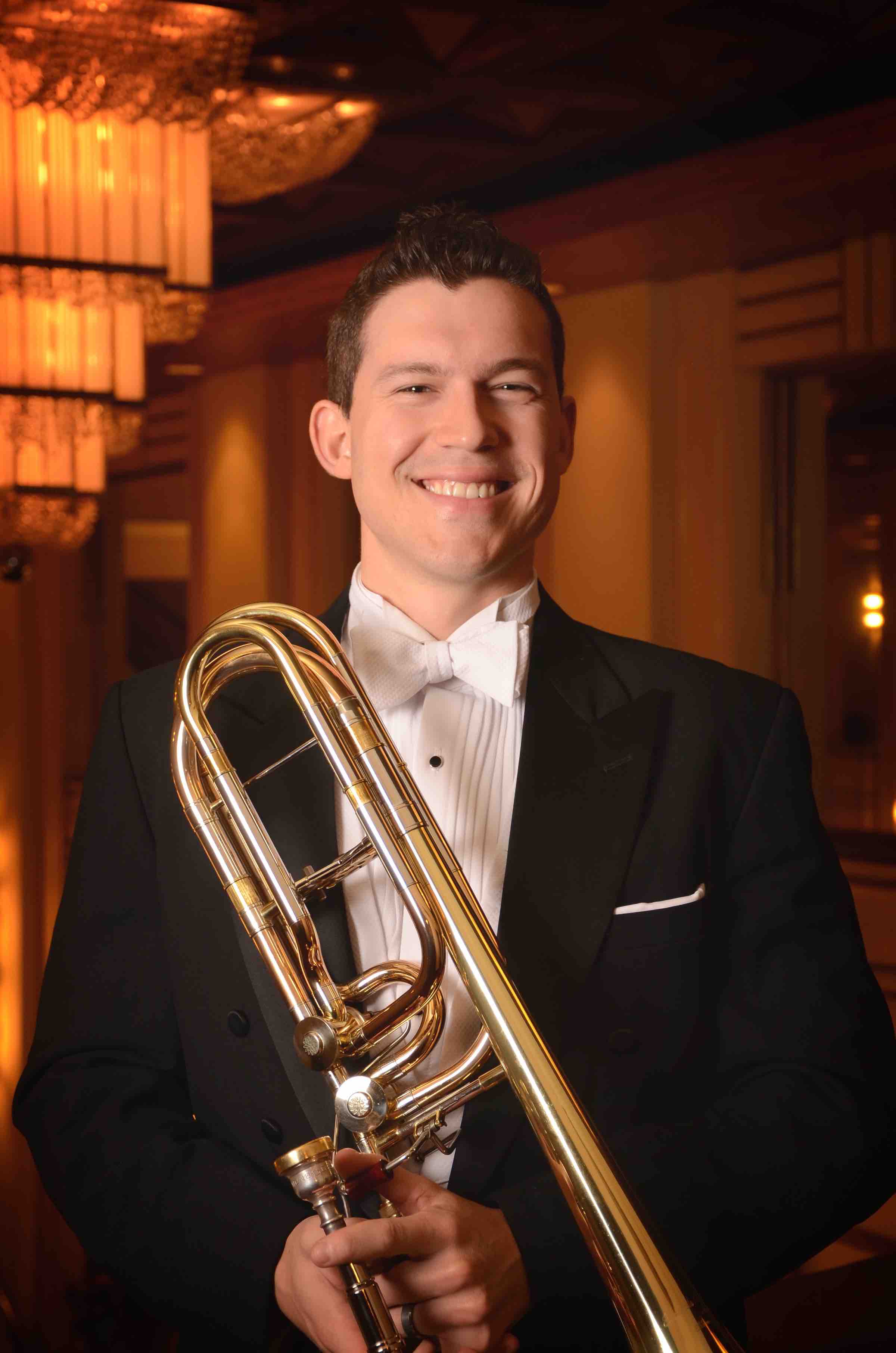 Based in the San Francisco Bay Area, Will Baker is one of the most sought after young bass trombonists working today. He is principal bass trombonist of the Monterey Symphony and has performed with the San Francisco, Detroit, San Diego symphonies and the Malaysian Philharmonic in the past year alone. Baker earned his BA from UCLA in 2010, and his MM from Northwestern University in 2012. After school, Will became the trombonist for the Sam Cockrell Band, lead by Chicago Blues Hall of Fame singer/bassist Sam Cockrell, as well as  the premiere bass trombonist in Iowa, serving as tenured bass trombinst of Orchestra Iowa (2013-2017) and the Des Moines Symphony (2013-2018). Baker is an Edwards Instrument Co Performing Artist and Clinician.